Here is a brief history of the origins of the Club

A family from the United States moved to Montrose Drive in Beaconsfield in 1970. After a visit from the Welcome Wagon hostess, the resident discussed the idea of forming a Newcomers Club.  She didn’t know anyone and had belonged to such a club in the United States. Her feelings were that such a club served a very useful purpose.

Obtaining the names and addresses of newly arrived families from the Welcome Wagon hostess, she organized a small meeting in her home in July of 1970.

In January 1971, the first official meeting took place at Centennial Hall.
At that time, the Welcome Wagon hostess had acquired the by-Laws of the Newcomers Club and used them as a guide to officiate the meeting. A slate of officers was presented and duly elected. Louise Lammers became the first Newcomers President. The Welcome Wagon hostess officiated at the installation of the officers in the spring of 1971 at a moving candlelit ceremony.

The Newcomers at this time were called The Welcome Wagon Beaconsfield Newcomers Club. Since we are no longer affiliated with Welcome Wagon this has been dropped from the title.

During the first few years there were only two official business meetings per year one in September and one in June. Social activities were organized by the working group for the remaining months. This was more work for the monthly groups as each member had to be phoned for the activities. There was no newsletter at that time, but the activities were very well attended and appreciated.

Over the years, the membership increased considerably and because of this, a general decision was made in September 1990 to change the format of the meetings to a once per month with special activities during the year.

In September 2006 the BNC logo was created.

We are very proud of the fact that Beaconsfield was the first community in the province of Quebec to have a Newcomers Club. 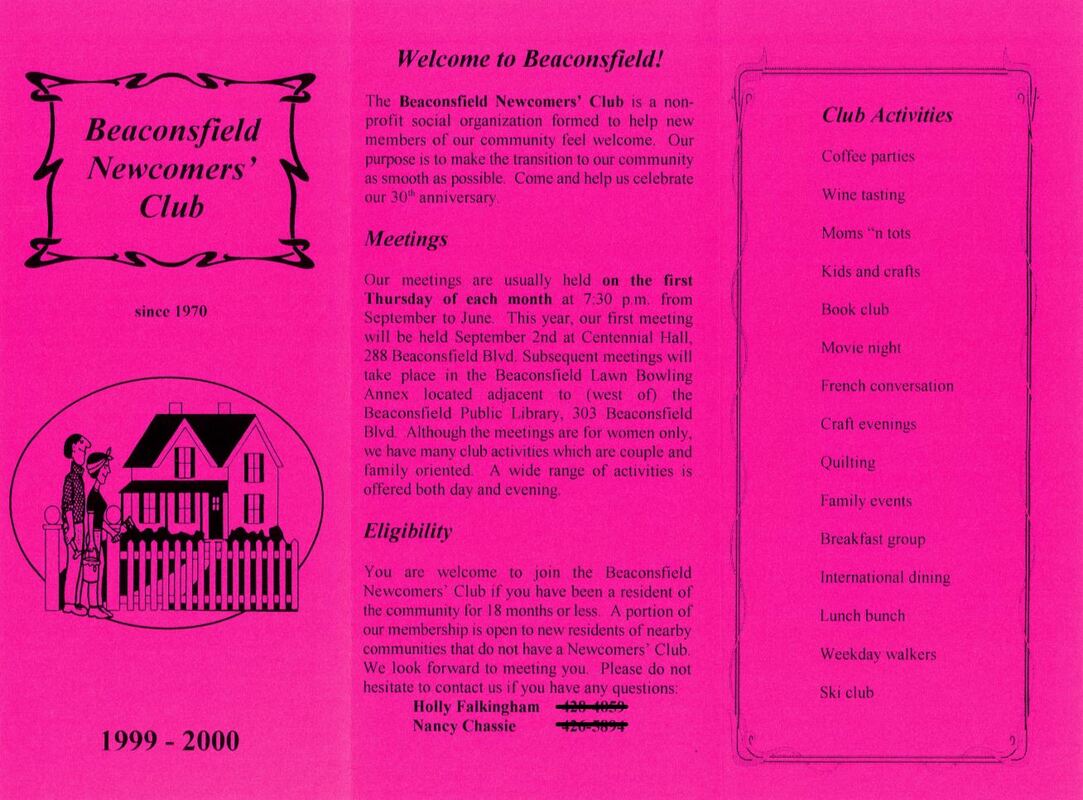 BNC: A place to connect and make friends